A Distinction without a Difference 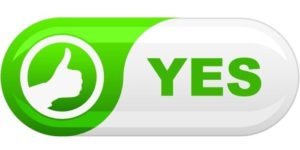 Recently, I have seen a post make its rounds on Facebook, and I imagine it’s on other social media. It caught my attention because a friend on FB posted it, and I saw that it had a lot of “likes” and lots of women making comments affirming the post, so I took the time to read it.

THIS HIT ME HARD.

Because the women were too busy keeping life going; they couldn’t abandon babies, meals, homes, fires, gardens, and a thousand responsibilities to make the climb into the mountains!

I was talking to a friend the other day, saying that as modern woman I feel like I’m never “free” enough from my responsibilities, never in a quiet enough space I want with God.

I have been pondering on her words for weeks and have searched my scriptures to see that what she said is true. God does in deed come to women where they are, when they are doing their ordinary, everyday work.

He meets them at the wells where they draw water for their families, in their homes, in their kitchens, in their gardens.

He comes to them as they sit beside sickbeds, as they give birth, care for the elderly, and perform necessary mourning and burial rites.

Even at the empty tomb, Mary was the first to witness Christ’s resurrection; She was there because she was doing the womanly chore of properly preparing Christ’s body for burial.

In these seemingly mundane and ordinary tasks, these women of the scriptures found themselves face to face with divinity.

So, if — like me — you ever start to bemoan the fact that you don’t have as much time to spend in the mountains with God as you would like. Remember, God comes to women. He knows where we are and the burdens we carry. He sees us, and if we open our eyes and our hearts, we will see Him, even in the most ordinary places and in the most ordinary things. He lives. And he’s using a time such as this to speak to women around the world.

I would not be so bold as to begin the debate about who is busier, has more responsibilities, or less free time between men and women. The reality is, no one can make definitively claim one gender is busier than the other. I could spend time telling you that as a full-time pastor and single dad, life seems to always be hectic, but without a doubt, there is a working mother/wife whose time is never her own as she cares for all in her sphere of life. So, that is not an argument or position I desire to debate.

I am concerned as I see my sisters in Christ affirming this post because contained within are not only some untruths, but distinctions without a difference.

First of all, it’s not true that men in scripture are “always going up into the mountains to commune with the Lord.” I want to emphasize the word the author used . . . “ALWAYS.” Yes, there are times that men were called by God to go to the tops of mountains. Examples include God instructing Abraham to take his son and offer him as a burnt offering on a mountain and God telling Moses to go up on Mount Sinai. We certainly can’t ignore when Jesus took Peter, James, and John up on a mountain as he conversed with Moses and Elijah.

Already, you should be starting to see a pattern. Throughout scripture, men meeting with God on mountains was very rare and certainly not “always,” but there is another issue I find disturbing about this post, and I will be blunt. Men do not “have to climb the mountain to meet God.” When God meets with men/women, God ALWAYS commences and condescends to meet with us. God ALWAYS comes to us, and apart from that truth, humanity can never go to him . . . no matter how high a mountain might be.

When you look at God calling/meeting men, what you find is the exact opposite of what the author of the post presented. Although many times we are not given the location when God met with men, the majority of times, it was merely in the mundane of the man’s life.

The entire New Testament is about God, Jesus Christ, coming and meeting with both men and women right where they were.  There were times that Jesus spoke in the synagogues, but many of his interactions were apart from that setting, in homes, at dinners, and in the towns.  Yes, Jesus met a woman at the well, and this is what he told her.  “Woman, believe me, the hour is coming when neither on this mountain nor in Jerusalem will you worship the Father.” That time has arrived.  So, does God meet with women in their busyness?  Absolutely! The same is true for men.

A word of caution, though.  Our busyness cannot be our excuse for not committing time to spend with the Lord.  There are certainly seasons where we (both men and women) can’t seem to catch a moment to stop, but those are seasons.  We all give time to what we believe is important.

Scripture is clear; God comes to women AND men right where they are. Neither God nor the Word of God is sexist.  God condescends, calls, and communes with all his people.  God meets us on the mountain tops (the highs), on the plains (the humdrum of life), and in the valleys (the lows). God tells us through Paul, that when it comes to our standing in Christ, “there is no Jew nor Greek, there is neither slave nor free, there is no male and female, for you are all one in Christ Jesus.” (Galatians 3:28) We certainly have different roles as men and women, but our calling, our meeting, our communing with God is always God-initiated.  To make a distinction where there is no difference, does not serve the body/bride of Christ well.